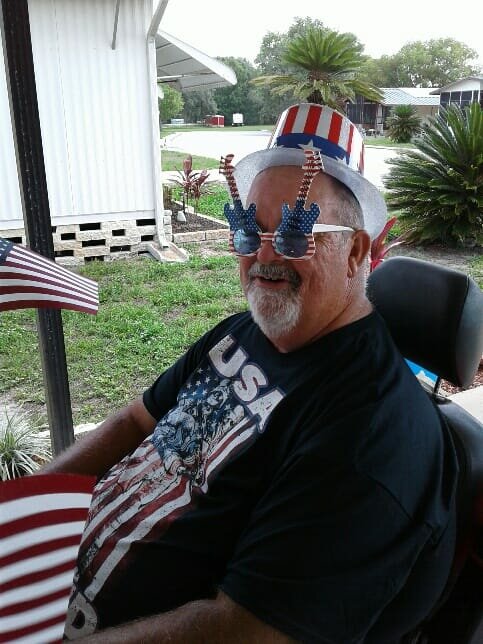 Morrell J. Renshaw, 70, of New Port Richey, FL passed away in his sleep on Saturday morning, October 22, 2022, in Hospice Care. He was born in Vineland & grew up in Newfield, NJ. He moved to Florida in the 80’s and resided in Spring Hill, FL, then later moved to New Port Richey, FL with his wife, Lynda Renshaw until his passing. Morrell graduated from Vineland Senior High School Class of 1970. He had several careers throughout his lifetime, but after moving to Florida, his final career was as a Furniture Salesman until his retirement in 2014. Morrell loved lighthouses, boating, fishing, and so much more, but mostly he loved his music and was in several bands playing the keyboard and accordion in his younger years along with his brothers and friends. Later on, he still played the organ at home for relaxation and enjoyment. He especially loved to play Christmas music during the holidays to the delight of most of the neighbors who were in earshot. Many of them would request he play more so they could hear the holiday tunes at Christmas. He was also an avid Dallas Cowboys Fan and would put on his Cowboy T-shirt and Hat whenever a game was on TV or to just ride around on his scooter and stop and chat with his many friends in the park who all knew him as “Jim”. When his health and mobility grew worse and he could no longer ride around on his scooter, everyone would ask, “Where is Jim? We don’t see him around anymore. We miss him and his daily visits.” Morrell was a very kind, and caring man, who always tried to be helpful whenever he could to his neighbors and friends and also to any stray and abandoned animal that he found to be in peril. He would scoop them up and take them home to be nursed back to health. It was just who he was. He has left us too soon, but his family and friends can be consoled by knowing that he is no longer suffering in pain and is now with his mother & brothers and beloved Nana in heaven. Rest in peace Morrell. You were Loved and will be so greatly missed and never forgotten. Morrell is survived by his wife; Lynda (Hunter) Renshaw, His Father, Louis Renshaw, 2 Brothers and their wives, Louis & June Renshaw and Ronnie & Patricia Renshaw, As well as several nieces & nephews. Morrell will be cremated at the Prevatt Funeral Home & Crematory in Hudson, FL. There will not be a service at the funeral home, please do not send flowers. A Celebration of Life get together will be on November 12th at 1:30pm, at the Clubhouse at the Caribbean Estates Mobile Home Park, 11635 Turks Drive New Port Richey, FL 34654. This information will also be posted on his page and sent out to his friends and family on Facebook. Anyone wishing to send their condolences, tribute or plant a tree in Morrell’s name, please visit his page at: www.prevattfuneralhome.com
To order memorial trees or send flowers to the family in memory of Morrell James Renshaw, please visit our flower store.

A Celebration of Life get together will be on November 12th at 1:30pm, at the Clubhouse at the Caribbean Estates Mobile Home Park, 11635 Turks Drive New Port Richey, FL 34654