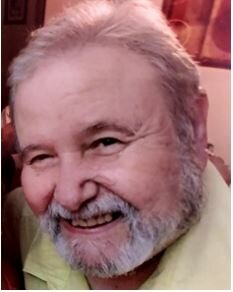 It is with great sadness we announce the passing of Kenneth G. Carver, at the Regional Medical Center Bayonet Point on Sunday, August 29, 2021. Kenneth was in his 78th year. Ken was the third son of the late Anne and Emil Carver, and he is predeceased by his older brother Joel Carver. Born in Brooklyn and spending most of his childhood in Williamsburg, NY, Ken was a charismatic kid. When he was 15, he started working as a musician, playing the saxophone, and touring the NY hotel circuit. He was drafted into the U.S. Army in 1965 and was honorably discharged in May of 1967. He was so proud to be a Veteran. After his service, he came home to work a variety of jobs as a civilian in Georgia, Louisiana, and eventually Tampa Bay, FL. From working in Pest Control to Automobile Sales/Financing, he was a renaissance man who adapted to whatever was required to support his family. The final years of his life were filled with gourmet cooking, his favorite news programs, and relaying the wild stories of his youth to his children. He is survived by his last remaining sibling, Elliot, his loving children, Shaunie Hester, Adam (Teresa) Carver, Kelly Carver, and his seven grandchildren who made him so proud: Danielle, Matthew, Aaron, Jacob, Benjamin, Addison, and Kaleb. He will be fondly remembered by his nieces, nephews, cousins, extended family, and friends. “Dad, we will miss your stories, your amazing cooking, and your impeccable sense of humor. We love you. We wish you peace.” Ken’s family wishes to extend their heartfelt thanks to the health-care professionals at the Regional Medical Center at Bayonet Point, for watching over Kenneth during the final days of his life. There will be a service at Prevatt Funeral Home in Hudson, FL on Wednesday 9/1/2021 11AM, followed by a processional drive to the Florida National Cemetery for military funeral honors.
To order memorial trees or send flowers to the family in memory of Kenneth Carver, please visit our flower store.