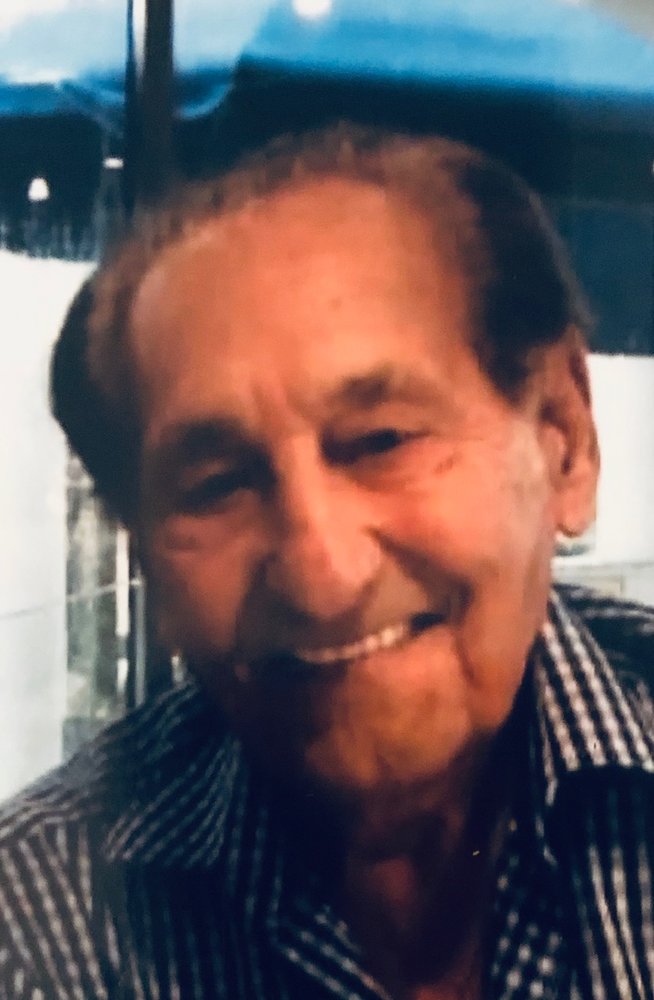 August (Augie) Buonaiuto, of Port Richey passed away on Friday, November 15, 2019. He was 95. Born in Bayonne, NJ he lived in Sayreville, NJ for 31 years before retiring to Hudson, Florida. He moved to Port Richey in 2005.

Augie graduated Bayonne High School in 1942. Upon graduation he enlisted in the US Navy and served in WWII as a sonarman first class. After being honorably discharged Augie returned home to Bayonne. He met his future wife Anne Tomsky in 1947 and they married in June 1948. Augie and Anne moved to Sayreville where they raised three children— daughters Drucilla and Mary Ellen and son August.

Augie worked at Exxon Bayway refinery in Linden NJ for 34 years, reaching the position of Director of Transportation. He retired in 1984 and moved to Hudson in 1986. In his retirement Augie enjoyed many activities including boating, golfing, fishing off his dock with his grandchildren and watching football on Sundays. He also enjoyed frequent trips to Biloxi and Las Vegas and the Hard Rock in Tampa. Augie was an active member of the Hudson Italian American Club serving in the positions of treasurer and president. He belonged to the Italian American War Veterans and frequently volunteered at the VA hospital in Tampa. After the death of his wife Anne, Augie met his future fiancée Christine Serra. Augie and Christine enjoyed many adventures together including cruises and a trip to Italy.

Augie was a kind and generous man always devoted to his family and friends. We will miss him and remember him dearly.

In lieu of flowers, please consider donating in his name to organizations supporting veterans such as the Wounded Warrior project.

To order memorial trees or send flowers to the family in memory of Augie Buonaiuto, please visit our flower store.